The Season of Joy is upon us once again and we at w3-o are working with The Humanity Forum (THF) to share it with the visually-impaired students of SLBN Bagian A (tunanetra) Bandung in Indonesia. The overwhelming success of “PROJECT STARGAZING”, our joint 2012 charity event with this school, has illuminated the fact that these students are just as hungry for knowledge as every normal kid – and that they are very enthusiastic to learn more.

That’s why, with your help, we would like them to reach for the stars further.

Simply post a photo that shows you holding the “Star of Hope” that we sent you to THF’s Facebook page. Once THF receives 200 photo submissions, w3-o will give the school an iPad mini – one of the best tools for the visually-impaired with its educational apps and functions that help them learn better.

Share the love. Let’s all lend our hands to THF in bringing these kids closer to their dreams.

If you didn’t receive the “Star of Hope” or if you wish to invite your friends to join this special cause, just click here or the icon below to download it. 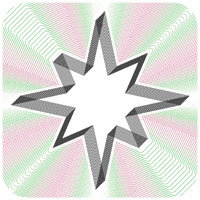 Step 1. Print out this “Star of Hope”

Step 2. Cut along the dotted lines

Step 3. Take a photo of yourself posing with the “Star of Hope”

This timeless saying instantly came to mind when I first heard about the suggestion to help send the Anak Laut to school as W3-O’s 2011 outreach programme.

After all, we’re talking about a group of indigenous people who, through countless generations, never learned to read or write, and never went to school. This endeavour will give their children a fighting chance to survive a rapidly changing global scenario well into the next millennium. Without this chance, the word “extinct” comes to mind instead.

Next question was how to raise funds. From several worthy endeavours came the sweetest of them all- selling chocolates! Initially, the plan was to make the chocolates ourselves but when it became apparent that it may not be worth the effort, we took the experts in and forged a partnership with specialty chocolate shop “Chocz”. The packaging of the chocolates, on the other hand, was a labour of love by the W3-O volunteers as everyone spent countless after-office hours for over a month- daintily arranging each praline in a box, placing stickers, placing notes and a very tricky ribbon tying that demanded perhaps more than a dozen trials to gain perfection. Not to mention of course the selling part, this was a frantic rally for everyone to hit a high sales target that we’ve set for ourselves.

After several weeks of selling, planning and packaging, D-Day finally came. From the get go, it was a “sacrifice” as a manner of speaking as we had to wake up in the wee hours of the morning, when the world was still literally covered with darkness for our trip.

In fact, the night before was another tiring streak as we stayed late to prepare and pack the goodies for the school kids- a package consisting of snacks like drinks, fruits and cookies, plus school stuff like pens, papers. Now imagine preparing close to 200 of these.

The sea travel was a welcome respite though as it was relatively calm, even soothing to a point. I was expecting a rough ride, but then even the weather and the sun was smiling warmly at us. The smiles that greeted us at the jetty when we arrived were even warmer.

Our bright red convoy, on the account of the bright red THF shirt all of us were wearing, gleefully snaked through the trail towards to school, with some huffing and puffing, as we were carrying the goodies and other donations like guitars and a musical keyboard. Following closely behind were some of the Suku Laut women, all smiles that despite the language barrier, seem to encourage us to move forward.

The scene that welcomed us at the school was an exhilarating sight. Hundreds of school kids running to and fro, laughing, shrieking, finally coming to a grinding halt and hushed silence as the school principal ordered them to assemble accordingly.

I learned that the kids were assembled that day specifically for our programme, as it was a Saturday. None of them seemed to mind though as each face was a picture of excitement and anxiousness. It was enough to melt one’s tiredness from the late night before and sleepiness in the early morning. But, the programme has just begun.

It was time to finally meet the Suku Laut people. Among the donations were 2 specially made “school boats”, painted with the distinctive yellow and black letters of a typical school bus, which the Anak Laut would be using to transport them across the body of water that divides their home and school. As these weren’t big enough to accommodate our group, not everyone managed to go.

Upon reaching their homes, we realised it’s not just the boats that won’t be able to accommodate all of us. The homes itself, while not decrepit, were neither that strong nor big. One of the wooden planks cracked with the weight of a colleague. Less than a kilometre away from the village, life looked markedly different at the Suku Laut’s homes which were built on stilts. While they have the amenities of modern life like TV (not sure if it actually works), a mobile phone even, the living condition is far from ideal as the space looks cramped, the furnishing bare.

Their lot in life can be so much better.

It would take so much more than a mobile phone to adapt to the demands of a far more competitive world, whose resources are fast depleting and only those with access to “information” will be better equipped to face the challenges of a new world.

That information should begin right at the very beginning so to speak, by sending children to school so they can have the building blocks towards higher learning and having better options in life. Now, that has become possible for the Suku Laut people and their kids, the Anak Laut.

Everyone agrees, as a colleague would put it, “letting the kids have a chance to go to school” is more than simply fulfilling. Another exclaims joy “when the kids responded extremely well to our songs, and the way they were paying close attention to what we were teaching. Their eager eyes were glistening with curiosity, thirst for knowledge.“

Other experiences were more on a personal note, like “the non-existence of time that I felt. How everything was in slow-motion and I could take my time to inhale the surroundings, which I can’t back in Singapore”.

And yes, the simple fact that “doing your part and giving effort” for the sake of others is something else, something that gives a new dimension to having a meaning in life.

Love is in the neighbourhood

Love is in the air; love is all around. We don’t have to search far and wide for it, because sometimes, it’s just right in front of us.

That being said, W3-O approached South East CDC and expressed our keen interest in bringing some old folks for an excursion, to spend quality time with them. We didn’t want to simply donate items or money to an old folks’ home, as our observations with prior CSR projects made us realise that it wasn’t the tangibles that these old folks are looking for – it’s companionship and someone to talk to.

Tangibles can be depleted and forgotten, but intangibles stay etched in our hearts. And that is what W3-O is about – moving away from the conventional, spreading our love and passion for not only design but humanity as well.

So, South East CDC introduced Sunlove Kampong Chai Chee to us, saying that they’re looking for organisations or companies to bring the old folks out for a day. It’s not exactly an Old Folks’ Home per say, but more of a gathering place for the elderly around the neighbourhood to come together and mingle. These elderly people live by themselves in a 1-room flat, and spend their time in the “day-care centre” and, in a way, “hangout” with their friends.

With that, our “brief” was to come up with an activity that is engaging and at the same time, interact more with our beneficiaries. There were many ideas and activities bouncing around but we decided on an excursion to Jurong Bird Park. The reason being that some of the old folks might not have been there, and there will be interaction with the old folks as well.

That’s not all. With us, it’s about going the extra mile to give these old folks an enjoyable time. Besides walking around the park, we came up with an activity sheet for the old folks to “hunt” down particular species of birds. After completing the activity, they each received tokens in return – NTUC vouchers that will be of great use to them. Also, we had a lucky draw contest where winners stand a chance to win attractive prizes! There’s nothing better than going out for an excursion and returning with goodies of remembrance, filled with lots of love.

And so, the journey of love begins…

We’d like to thank South East CDC, Sunlove Kampong Chai Chee and most importantly, the Uncles and Aunties of Sunlove for a wonderfully fulfilling Saturday.